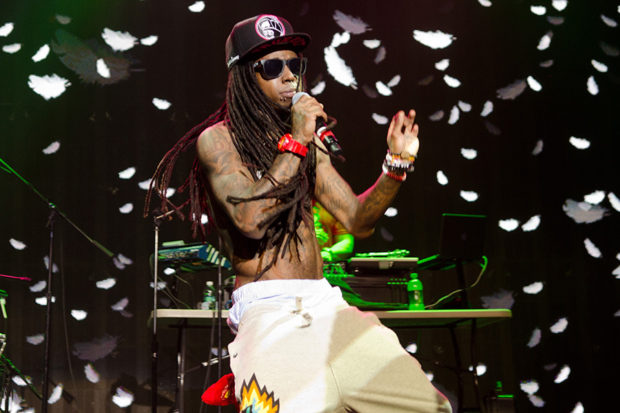 The date is April 20. 2017. Two days earlier Snoop Dogg and company blazed through San Diego in their classic gangsta style, and like magicians, poof, they were gone in a cloud of smoke. Two days later,little Wayne and his entourage appear from that cloud of smoke to deliver a hard-core rap concert for the ages.

Lil Wayne fans were coming out of the woodwork to see this rap artist,and they endured long lines at the concession stands as they prepped for the rapper to emerge. Lil Wayne stepped on the stage to a full house at San Diego State’s open air amphitheater, Puffing a cigar which he managed to keep lit for his entire performance.And the crowd was high with excitement and bouncing off the walls as Lil Wayne delivered his best stuff. He performed such hits as Down, Lollipop and Let It Rock. The end of the concert featured Lil Wayne’s entourage who joined him for an encore at the end.

As Lil Wayne said, “We’re going through some tough times right now, but just ya’ll being here makes it all worth it.”

Lil Wayne loves his fans, and his fans love him back.