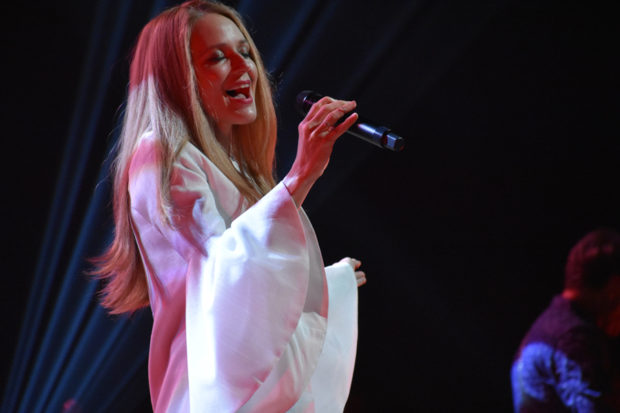 By Bob DietrichDecember 5, 2017 No Comments

I really love musicians with amazing voices. That’s why I’ve always loved Jewel. Her voice quality is unmistakable, and so amazing to listen to.

Jewel was introduced to the mainstream music scene in the 1990’s when a lot of amazing female musicians were coming out (no pun intended). Powerful women like Alanis Morissette, Melissa Etheridge and Indigo Girls really made their mark during that time, and so did Jewel.

Her early hit songs from the Pieces of You CD became iconic anthems, I think because they just seemed so raw, and real. Her lyrics just had a way of connecting with you, and making you feel like you were in the room with her.

For those of us who lived in San Diego, Jewel was a hometown treasure. Even though Jewel is from Alaska, her story about living in her car in San Diego and is quite memorable, and really likens her to this Southern California crowd. I mean, talk about starting at the bottom. Jewel’s rags to riches story resonates with most people because it’s so inspiring. With a combination like that, no wonder Jewel is so incredibly popular.

Of course Jewel had many other hits after that debut album, and if you’re a Jewel fan like me, and attend a Jewel concert like I did, you probably want to see Jewel sing all her greatest hits. You can imagine the thoughts I had when I failed the read the title of the show, and I showed up to Jewel’s Handmade Christmas. Now, I’m no Scrooge (ok, maybe I am), but I was really looking forward to hearing more of Jewel’s hits.

With that said, this was an amazing show. These Christmas songs really gave Jewel the opportunity to stretch her voice to limits that I had never heard before. After seeing this show I have to say that I’m so glad Jewel chose to do this concert in this way. I still got to hear my favorite hits, so I was happy, but I also got propelled into the Christmas spirit thanks to Jewel. It was so good!!

Another super special aspect to this event was that she was traveling with her family and singing on stage with her father and two brothers. I love biographies. I find them very inspiring. In this show, Jewel shared pieces of her past, so the audience and I were able to connect more deeply with this lovely person, singer, mom, icon…

Jewel also shared that she had a six-year-old son, who rushed out on the stage at the end of the concert, and she talked about how her goal is “just to be happy.” She truly looks like she has accomplish that. Yet another inspiring aspect of this great woman.

Bottom line is that this was a fantastic show, and although I entered skeptical because my own jadedness about Christmas, this was an excellent show and I’m so happy I caught it.

On behalf of San Diego, and all your fans, from the bottom of our hearts we say: Well done Jewel. We love you, and we thank you!